Figueira Film Art 2015 presented this Friday night at Casino Figueira the Career Award to the filmmaker Manoel de Oliveira, in the hands of his grandson, the actor Ricardo Trêpa. The distinction was made in the context of a tribute that included a meeting between fans, friends and collaborators of Manoel de Oliveira, with also a concert of Choir of the Old Orpheonists of Coimbra.

The session began with the screening of part of the documentary produced by Manoel de Oliveira for EDP, and then with the small play “Cidadão do Mundo”, which synthesizes the filmmaker long and multifaceted life.

Life and work addressed, a prolonged applause to Manoel de Oliveira has echoed in the Coffee Hall at Casino Figueira when the director Luís Filipe Rocha – who presented at the same day in CAE, in a national pre-release, his most recent film, “Cinzento e Negro” – took the stage to deliver the Career award of Figueira Film Art 2015 to Ricardo Trêpa, representing his grandfather.

“Manoel de Oliveira had a long life and the privilege of doing what he always wanted and what, along with his family, he most loved.”, said his grandson. “My grandfather went through a lot, never gave up, and has proven to be an audacious man with great courage and without fear of the unknown.”, he added. “He bet everything on what he felt was of his own and wanted to share through the cinema… and he’s my hero”, he concluded emotional.

The speech was made by Ricardo Trêpa; the vice president and councilor from the Culture City Hall of Figueira da Foz, António Tavares; the producer of the documentary from EDP and filmmaker’s friend, Silvério Canto Moniz; and the advertiser who is also involved in this last project from Manoel de Oliveira, Tomás Froes.

António Tavares stood up to say that “Figueira Film Art had the idea at the right time to pay this tribute to the career of the biggest Portuguese filmmaker of all time”, a man who “provided services to the city and the county, honoring with his presence and films the extinct Figueira da Foz International Festival”, which should soon appear in the toponymy of Figueira da Foz.

Silvério Canto Moniz and Tomás Froes reminded the pleasure and privilege of working with Manoel de Oliveira, sharing moments in the backstage of the only publicity work the director agreed to do. And they explained why: “The idea was to make a set of advertisements that had as concept “a century of energy”, and naturally the name of Manoel de Oliveira himself with more of a hundred years of energy that everyone recognized in him, came. But no one believed that he accepted it, because film and publicity are traditionally brothers who don’t get along” Silvério Canto Moniz jokes.

But when approached Manoel de Oliveira, the man who made to his father many years ago – founder of Ermal, one of the first national hydro power plant, and the Hércules lamp Factory – Called Hulha Branca (1932), had an ingenious idea, as usual. “He accepted to do the campaign, if we give him absolute freedom”, the producer reminded. And that is what happened, a 12-minute film showing a retrospective about energy power over the past century, exploiting three distinct ways which EDP produces Energy – hydro, wind and solar energy –, also recovering images of Hulha Branca and telling it in the best way of Oliveira, precursor of the fictional documentary, which tells the story of two royal families, powered by a very special human energy: music and dance. “The success of this project which was Manoel de Oliveira’s latest work is easy to measure: is not only the EDP’s most remembered campaign, but EDP also created a study grant for future developments.”, Tomás Froes stressed.

Over the course of the evening, there was also talk about the present and the future of Portuguese cinema, and the guests agreed that it is essential to increase the audience, although there were some disagreements about how this must be done: Investing in culture offer or easing the style, bringing more people to Portuguese cinema through genres as comedy, believing that, in the long term, it increases the audience in all genres of cinema.

To achieve this, António Tavares considers “cultural policies” as fundamental, based on the resistance and recognition that the fruit must be gathered in future. “This is what we do, in instance, with the screening of films of small producers with no other representation in Figueira da Foz, at CAE, on Fridays”, he said. “And it costs 4€, which is almost the same price as popcorn elsewhere,” he joked. But the council of Figueira da Foz really wants to invest in the image of an artistic city. “The Mayor has a proposal set on the table, which will be very soon, the old municipal fire station into a Study Centre of Images, gathering the City Hall’s Photo Archive, the cinematographic team that is taking care of the council and even the soundtrack of films, in a proposal that could be have protocols based with the University of Coimbra, which has nothing like it”, he concluded. 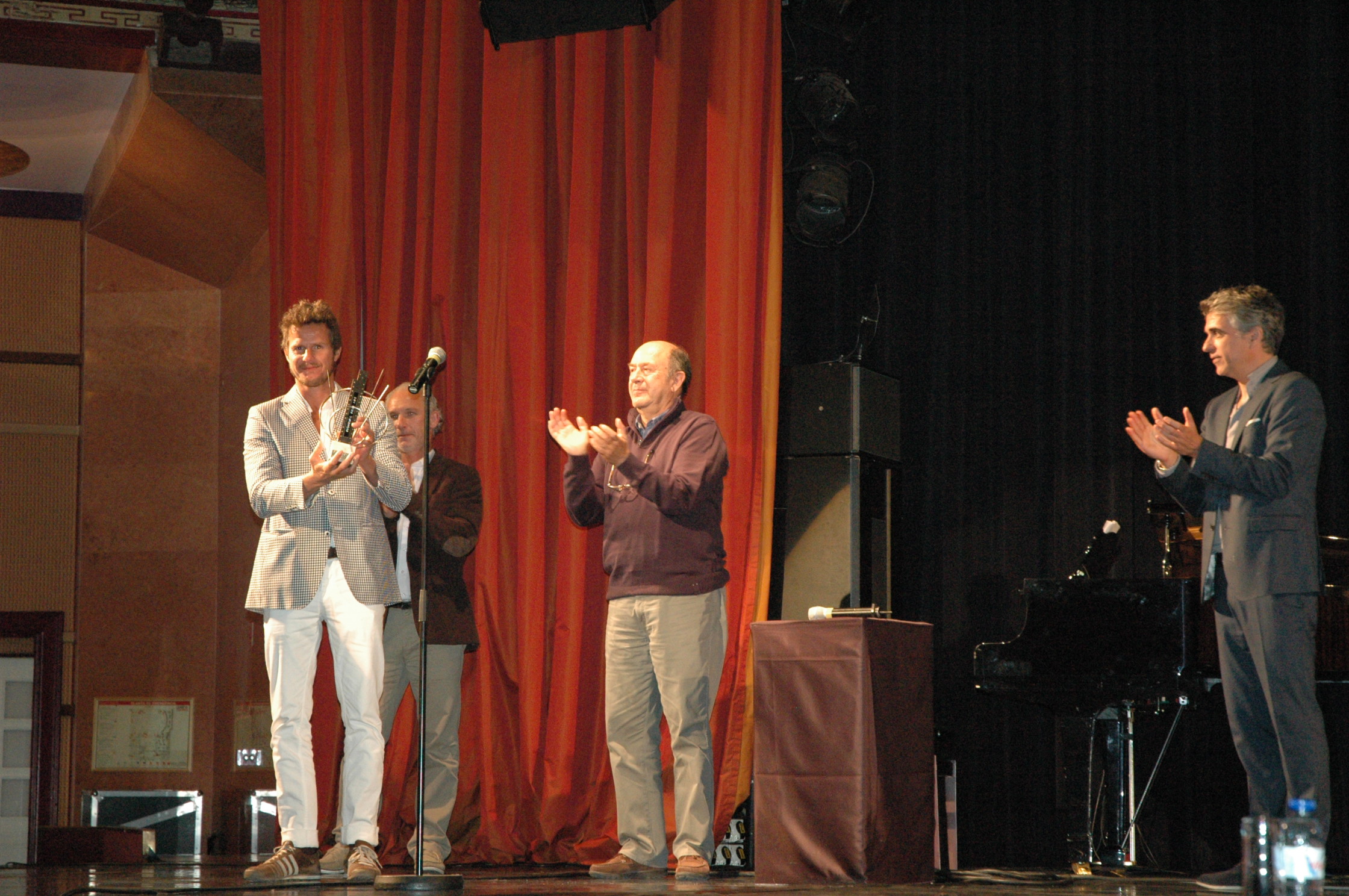 After cinema, the highlight of the evening was the music, with the ceremony’s soundtrack in charge of the Choir of Old Orpheonists of the University of Coimbra, directed by maestro Virgílio Caseiro, with maestro Rui Paulo Simões on the piano.