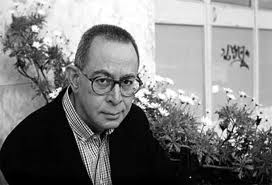 With both parents being from Figueira da Foz, Alberto Jorge Seixas dos Santos was born on March 20th 1936, in Lisbon. He majored in Historical-Philosophical Science from the in the University of Lisbon. He started in 1958 working as a movie critic in various publications. In 1962 he studied in Paris, in the Institut d’Hautes Études Cinématographiques and, in the following year in the London Film School.
Coming from a generation of film club activists (he managed ABC, a film club in Lisbon), Seixas Santos, a filmmaker for the New Cinema movement, began by shooting documentaries – A Arte e o Ofício de Ourives and Indústria Cervejeira em Portugal (1968). He was, in 1970, one of the founding fathers of the Centro Português de Cinema.
In 1972 he initiates the shooting of his first long film, Brandos Costumes. The screenplay, co-written by the director and by the writers Luiza Neto Jorge and Nuno Júdice, tells the life of a middle-class family amidst the political stance of the country, established following the 28th May 1926 military coup. Although the film (which, due to its content, could never be displayed before the abolishment of the censorship in Portugal), wasn’t completed until 1975, it has some premonitory aspects to it, as it references a left-party military coup in the end. This movie was selected to compete in Berlin’s Movie Festival.
He was one of the directors for As Armas e o Povo (1975), a movie that features the first week of the 25th of April 1974 revolution against dictatorship. In similar political lines, he directed in 1976 the movie A Lei da Terra, shown at the Leipzig Festival, whose theme were the agricultural reforms in progress at the time. In that same year he was nominated president for the Portuguese Institute of Cinema. He was one of the founders of the cooperative group Grupo Zero, to which filmmakers like João César Monteiro, Jorge Silva Melo, Ricardo Costa, Margarida Gil, Solveig Nordlund and the director of photography Acácio de Almeida also belonged to.
Gestos e Fragmentos (1982) concerns the relation between the military forces and positions of power in Portugal, based in the the famous captain Otelo Saraiva de Carvalho, a relevant man in the conflicts of the 25th of April revolution, from the points of view of the philosopher and essayist Eduardo Lourenço and the journalist and American director Robert Kramer. This long film participated in the Venice Festival that same year.
From 1980 through to 2002 he was a teacher at the Highest School of Theater and Cinema (ESTC), starting in 1985 directing several programs for the Portuguese Television, RTP.
His last long film, Mal (1999), was also introduced in the Venice Film Festival. In this he privileged fiction, valuing character psychology and technical rigour.
In ’05 he completed his shot film A Rapariga da Mão Morta, which premiered worldwide in Vila do Conde’s 13th Short Film Festival.
Filmography
• A Arte e Ofício de Ourives (1968)
• Indústria Cervejeira em Portugal (1968)
• Brandos Costumes (1975)
• As Armas e o Povo (1975)
• A Lei da Terra (1977)
• Gestos e Fragmentos (1982)
• Paraíso Perdido (1992-1995)
• Mal (1999)
• A Rapariga da Mão Morta (2005)